Next talk on Friday in 9 days by Alexander Rothstein.

“Graphene: the flat all-rounder” on the radio

On February 20, 2020, the radio station Deutschlandfunk Kultur has released a feature piece on “Graphene: the flat all-rounder”. Produced by the journalists Jennifer Rieger und Frank Kaspar, the piece offers an accessible overview of the unique properties of graphene, and a well-balanced analysis of the gap between the stellar expectations grown around this material and its current applications. Trying to answer the question “was graphene just a hype, or will it really be a key material for future applications?”, the two journalists interview several experts, including Christoph Stampfer and Max Lemme from the Aachen Graphene & 2D materials Center, Ursula Wurstbauer and Rudolf Bratschitsch from the University of Münster, Bernhard Schartel from the Federal Institute for Materials Research and Testing in Berlin, and Christian Kehrt, historian of science and technology at TU Braunschweig. The resulting 30-min production (in German) can be listened on-line at the address deutschlandfunkkultur.de/zukunftswerkstoff-graphen-der-flache-alleskoenner A transcript of the piece is also available.

Our group has won two new projects on basic research and innovation on graphene in the last FLAG-ERA Joint Transnational Call. The projects 2D-NEMS and TATTOOS are funded for the next 3 years. For the press release of the Aachen Graphene & 2D Materials Center see here.

New publication: How to make graphene (and 5000+ related materials)

The Graphene Flagship has just released an extensive review article on the methods for producing and processing graphene and related materials. The article includes the knowledge of 70 co-authors and aims at being a single source of knowledge on graphene and related materials and a tool to facilitate their uptake in commercial applications. Christoph Stampfer, spoke person of the Aachen Graphene & 2D Materials Center and co-author of the review says: “This article is a distillate of the knowledge on producing and processing graphene generated in the Flagship. It’s great that all this information can be found now for free in a single source. It is an example of the added value of pursuing research in a major collaborative environment such as the Flagship.” The review article has been published in the latest issue of IOP Publishing 2D Materials and is completely open access. The full paper can be downloaded here. 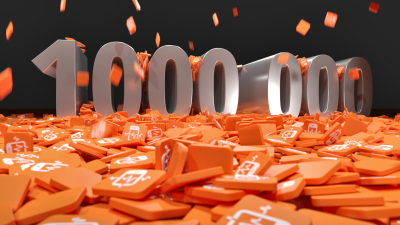 Phyphox (an acronym for physical phone experiments) is a free app developed at the 2nd Institute of Physics of the RWTH Aachen University, which allows to use the many sensors built in any smartphone to perform physics experiments. Released in September 2016, it has crossed the threshold of one million installations last week.

“We created phyphox as a didactic tool for the first-year Experimental Physics course”, says Prof. Christoph Stampfer, head of the 2nd Institute of Physics A at RWTH and of the team that developed phyphox. “Our goal was to have our 300-plus students performing experiments in class or in their assignments. It was a big and pleasant surprise to see how quickly the app spread beyond our lecture hall.” Indeed, since its release phyphox has been very well received by a growing community of users around the world. A number of volunteers helped translating the app into fourteen languages (seven more are in preparation) and there is a net of “phyphox ambassadors” in thirty different countries.

“Phyphox is a powerful tool for teachers that want to engage their classes with Physics”, says Heidrun Heinke, who is engaged with the didactics of Physics at RWTH as a professor at the 1st Institute of Physics and as a member of the phyphox team. “The app allows using the smartphone as a sensitive measurement tool for several physics experiments, and to perform some level of data analysis “on the flight”, without the need of exporting data to a computer. Given that virtually any student has a smartphone, this drops the cost of many acoustic and mechanics experiments to zero. Furthermore, the app gives teachers the freedom of choosing which level of data analysis their students should perform, and the focus of each experiment.”

“We don’t have precise statistics on who is using the app, since we are not collecting personal information on our users”, says Dr. Sebastian Staacks, the main developer of the app. “But, from the comments posted on our forum and from the fact that the installation rate is clearly higher during school days than during week-ends and vacations, we can gauge that there is a consistent community of teachers that use phyphox in their classes.” Staacks has presented phyphox at several workshops and conferences in Germany and around the world, including the MNU Bundeskongress, Meetings of the American Association of Physics Teachers, the Annual Meeting of the Physical Society of Taiwan, and the Chaos Communication Congress – a major event on technology and society. Phyphox has also received the MNU Archimedes Award 2019.

Phyphox is partially supported by the RWTH Aachen University, the Federal Ministry of Education and Research (BMBF), the Stifterverband, and the Hans Hermann Voss foundation. “The use of digital technologies is an integral part of RWTH’s teaching strategy”, say Prof. Aloys Krieg, vice-rector for teaching at RWTH. “Phyphox is one of our best practice examples of how digital formats can be used to enhance teaching in the classroom and to help students to autonomously acquire specific skills. Moreover, thanks to its wide distribution, it is also a kind of digital RWTH-ambassador that brings the logo of the university all over the world and contributes to its outreach.”

“We created phyphox with the idea that experimenting and “playing around” should be an integral part of the process of teaching and learning physics”, concludes Stampfer. “It’s amazing to see this idea spreading and flourishing. We are very grateful to all those who, with their feedback and engagement, are allowing us to constantly improve the app and to let it grow.”

The app is free and available without ads both for Android and iOS. More info can be found at phyphox.org.

Interview of Christoph Stampfer in the “Zurich Instruments” newsletter

Short interview of Christoph Stampfer in the Q4/2019 newsletter of “Zurich Instruments”. The interview can be found here.

Rev. Sci. Instrum. 90, 084706 (2019) We developed an impedance bridge that operates at cryogenic temperatures (down to 60 mK) and in perpendicular magnetic fields up to at least 12 T. This is achieved by mounting a GaAs HEMT amplifier perpendicular to a printed circuit board containing the device under test and thereby parallel to the magnetic field. The measured amplitude and phase of the output signal allows for the separation of the total impedance into an absolute capacitance and a resistance. Through a detailed noise characterization, we find that the best resolution is obtained when operating the HEMT amplifier at the highest gain. We obtained a resolution in the absolute capacitance of 6.4 aF/√Hz at 77 K on a combdrive actuator while maintaining a small excitation amplitude of 15 kBT/e. We show the magnetic field functionality of our impedance bridge by measuring the quantum Hall plateaus of a top-gated hBN/graphene/hBN heterostructure at 60 mK with a probe signal of 12.8 kBT/e.