Homepage of the 2nd Institute of Physics, RWTH Aachen - Information 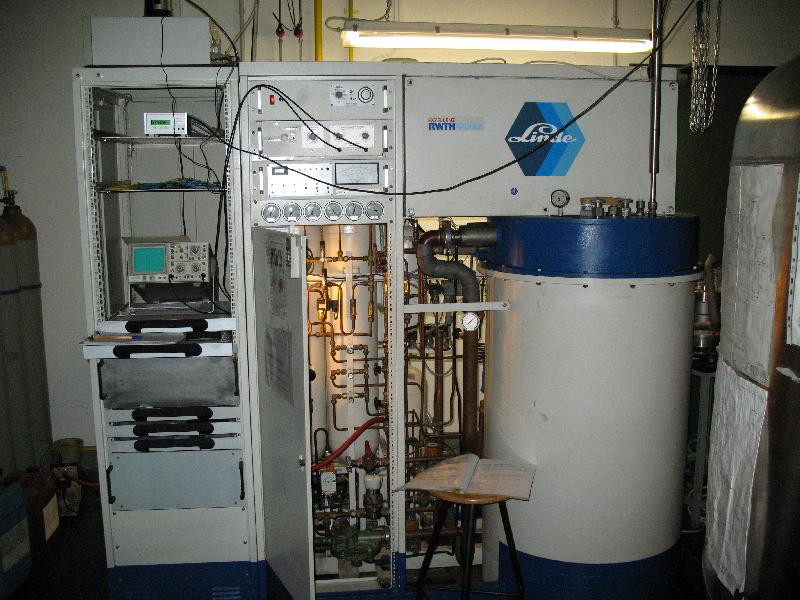 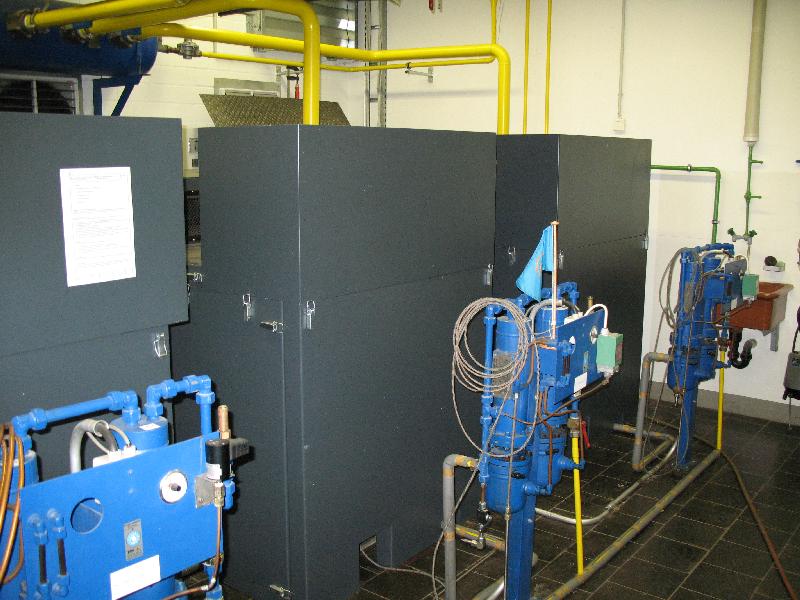 Liquid helium is used to achieve low temperatures as 4He boils at 4.2 K. Even lower temparutes down to approximately 1 K can be achieved by evaporation. As purchasing liquid or gaseous helium is quite expensive, the 2nd Institute of Physics operates a helium liquefier and a recovery system, which allow to collect and liquefy the used helium.

A system of helium pipes connects the labs in which liquid helium is used to a ballon. It has a capacity of 20 m3 collects the gaseous helium collected from the experiments. It is then compressed to 200 mbar and stored in a batch of gas cylinders until it is required by the liquefier.

The helium liquefier by Linde has a perfomance of up to 22 liters of liquid helium per hour. The recovered helium is filtered and then cooled below 4.2 K by adiabatic expansion in two stages. The liquid helium is stored in a tank with a capacity of 2000 liters and eventually filled into 100 liter dewars to be used in the various labs.

Despite the recovery system some helium is lost for various reasons, including pre-cooling of cryostats, gas cleaning, diffusion of stored helium or leakages. This loss has to be compensated by helium purchased from external suppliers.